The weather has been really beautiful up north and we wanted to take new model Zane Penn & Jason Keys for a mini vacation. These guys are full of great energy, always smiling and giggling. We had a long drive ahead of us and after a little dancing and singing into fake microphones, Zane wanted to further pass the time. Jason brought up the fact he'd never had road head and convinced Zane it would pass time efficiently. Zane obliged and slurped up that cock. We literally went through a few songs before Jason discharges all over himself. We definitely passed time and now found ourselves at the amazing hike. The guys had time to wander around and we caught them sharing a few very unexpected, iconic type kisses. The sun was going down and we wanted to get back to the cabin before dark. It was starting to get pretty chilly outside so Jason started to fix together a fire. Zane came running downstairs to offer his hand. Of course, as soon as wood was grabbed, it was game time. Jason engulfed Zane's cock like a man coming home from a long days work, starving for dinner. He worked Zane up so much that he just needed to fuck Jason. You got to see the rest, I don't think I've heard or seen Jason get fucked that hard. Zane played a loving power top, but he wasn't going to cum until he had a dick in his ass. Jason got to fuck Zane's beautiful ass until they both exploded. 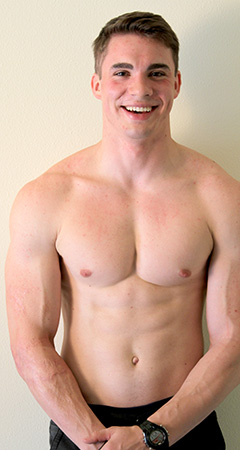 Zane is such a beautiful man.....takes my breath away. He deserves to be wined, dined, and taken to the theatre.

Not sure why, but this scene will not play on any of my devices. Just shows an exclamation point

Holy cow!! This Was a really hot scene. Love that both guys get fucked. Super sexy!

Wow!! Hotter than hot. They're so into it. Loved the variety of locations -- including the stairs! Jason and Zane are both super sexy -- kissing and flip-flopping like there's hop tomorrow. Encore!!

Why are the guys kissing with out tongue? Who does that?

Great scene! Gay Hoopla has really come a long way from where it first started! Love both Jason and Zane! I would like to see Jason use some tongue when he kisses, maybe Jaden could give him some lessons.

probably one of the hottest videos... I would of like to of seen some tongue action on Jason's part though... Loved it,,, thanks guys...

Loved seeing Zane and Jason kiss. It was hot and romantic. When can we see more?