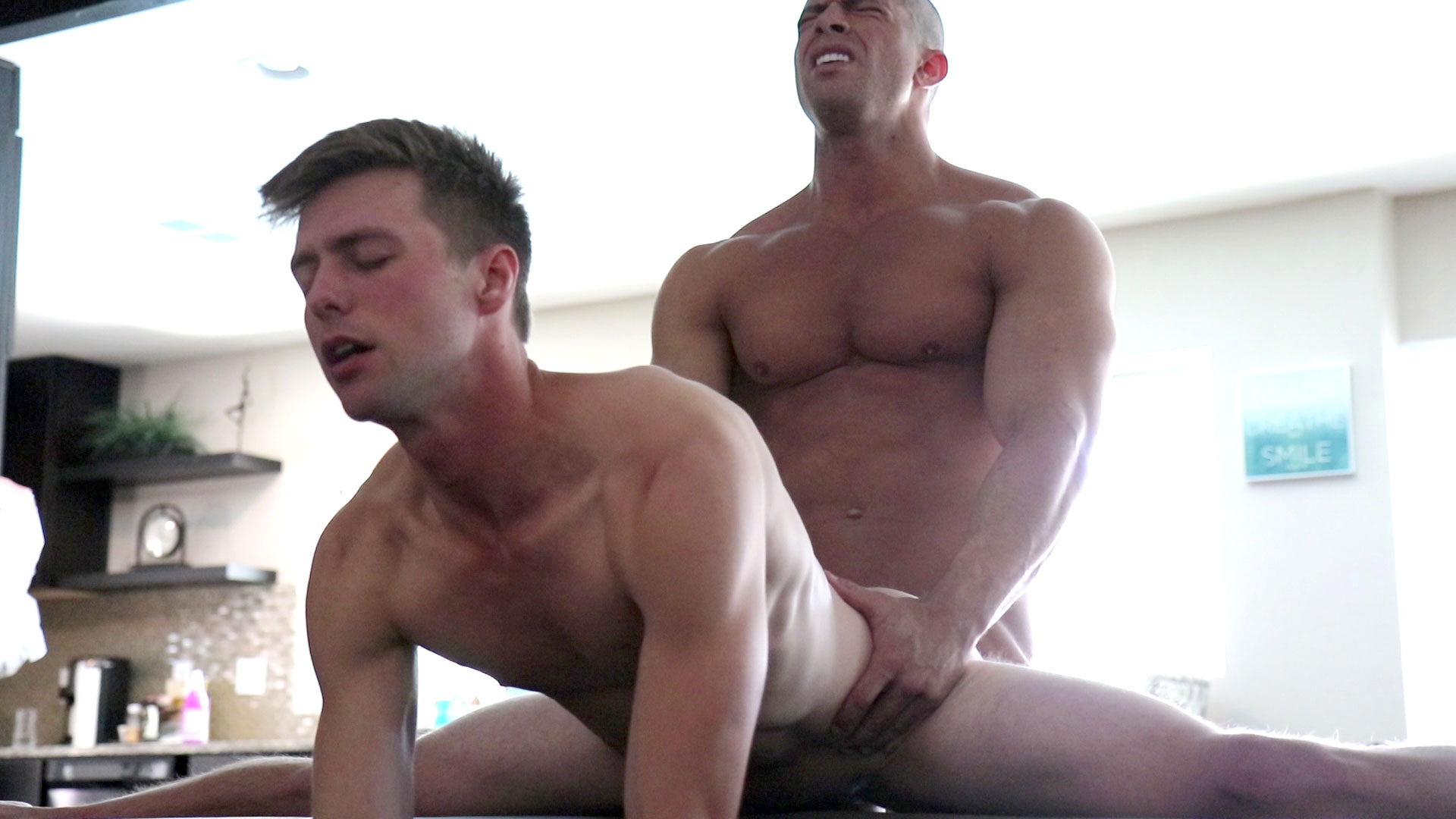 Sean Costin Spreads The Flexible Caden Carli In Half

Buff bodybuilder stud Sean Costin breaks 160lb Caden Carli in half as he fucks this shit out of him in this clip. These two gorgeous men are horny and ready to get it on. They start off with some hot kissing and lose their clothes. Once Sean is down to his underwear, Caden immediately drops to his knees and starts sucking Sean's already rock hard dick. Caden takes time to pull Sean's cock out of his mouth and admire it. Caden clearly enjoys pleasuring Sean... and the fun is just beginning. "Mmmm... That's a big cock" Caden says to which Sean responds, "You want it in your ass?". Caden nods yes and then bends over the couch. Sean then eats Caden's ass to prep it for his big dick. Now it's time to fuck. Sean lays Caden out across the top of the couch in the splits position. "Oh shit... you are flexible" Sean says as he pounds away on Caden's hole. Sean fucks him nice and deep in this position and loves every minute of it. Next Caden hops on top in reverse and slides up and down on Sean's long pole. Caden is so turned on that his dick just won't go down. You can tell his prostate is getting pounded. They transition to a new position with Caden laying on his back where he eventually cums all over his ripped abs. Sean grabs on to Caden's legs and keeps pounding away until he busts all over Caden's muscled body. Caden is left with two thick loads all over him and he fucking loves it.

Michael Santos Fucks Buck Carter With A Surprise At End

Martavis Ray Has A Crush On Jeremy Barker, Just Watch Him Smile And Laugh At Everything Jeremy Does!

Blue Eyed Beauty Chase Tamland Opens Up About His Kinks!