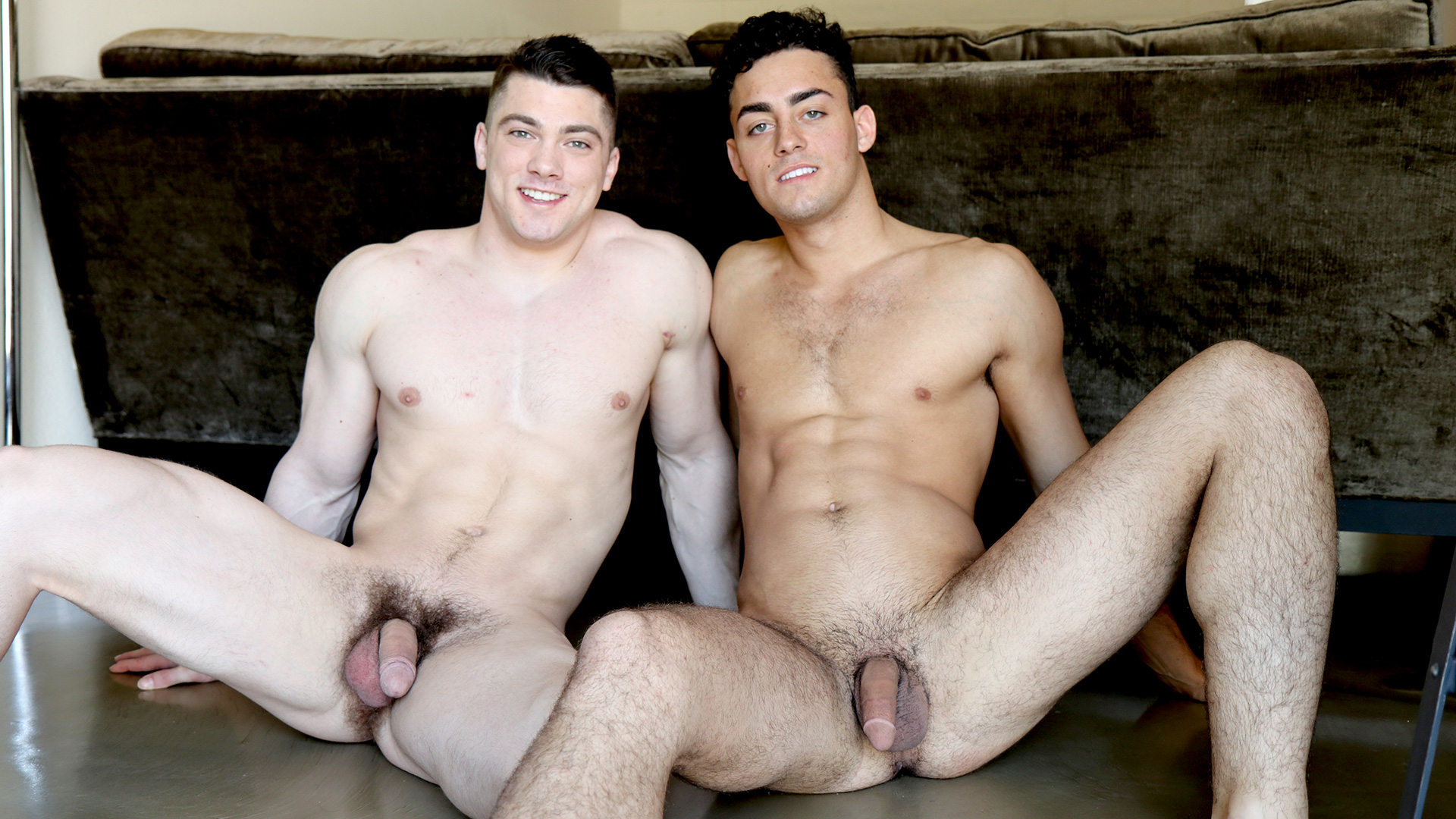 We love Nick Harper's demeanor and attitude... he's also super hot with a huge dick. Nick Harper makes his hardcore debut with Collin Simpson's asshole in an impressive first shoot. I remember Nick Harper being super nervous about all this. If I recall correctly, he's kissed a guy once, but nothing further. He's always thought about doing more with a guy, but never been in the situation to do anything about it... until we got a hold of him. Nick ending up loving the camera and working with Collin who made him feel comfortable. We had to stop a few times because Collin couldn't handle the girth and shape of Nick's big cock. This video was definitely hot filming and the guys did a fantastic job.

There's A New Guy On Set And His Name Is Clark Rogers, Baby!

Tatted Stud James Harp Does The Stroke ‘N Poke For The Cameras!