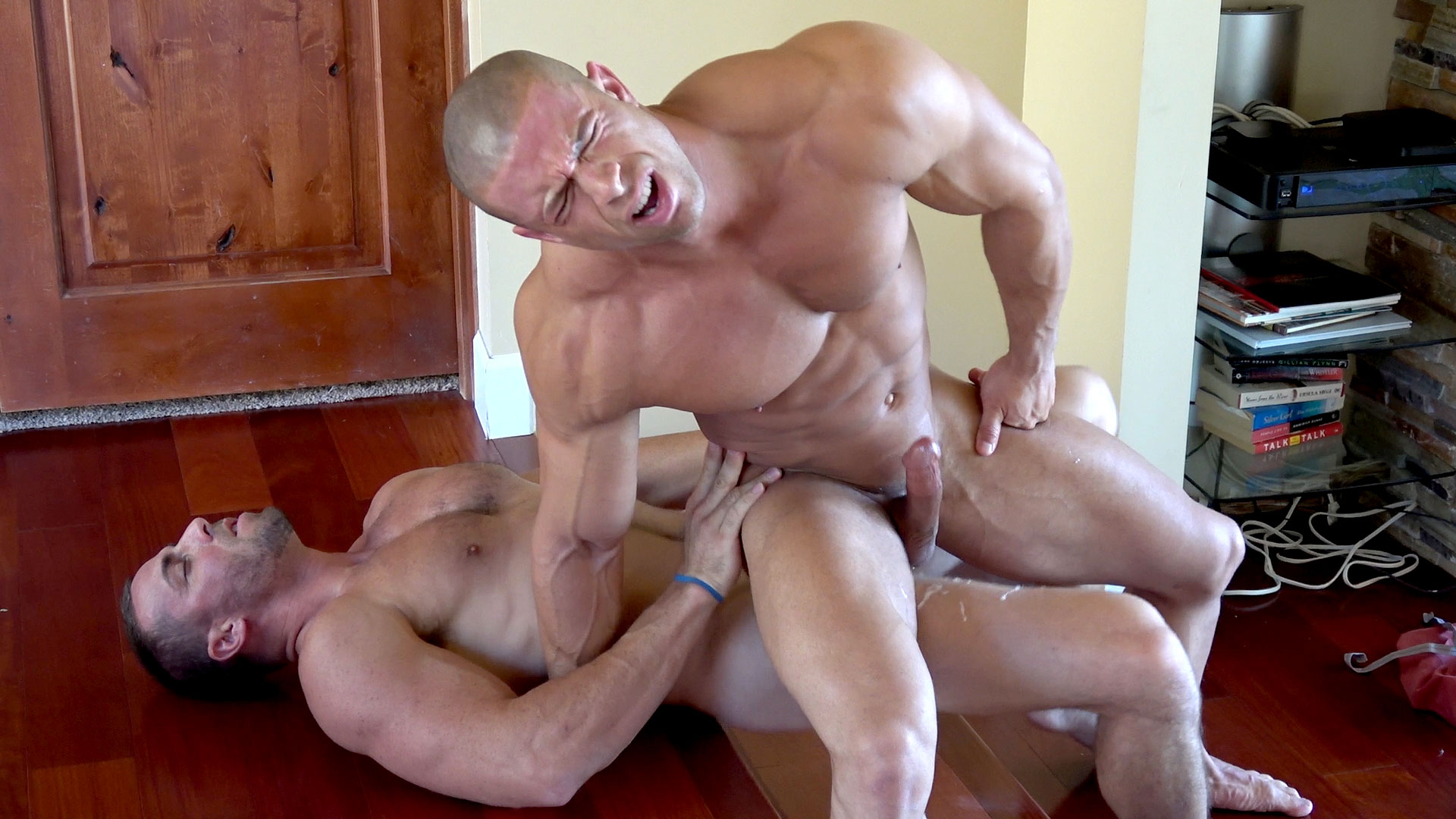 Derek Jones and Sean Costin are BACK for another round of some HOT man on man action! This time, in VR (Virtual Reality)! This is a FIRST for GayHoopla! Enjoy the interactive special features! You may just feel like you are in the middle of the action. You can tell these guys are comfortable with each other right out the gates with the way they interact. Sean says, "Damn, you look good...You already hard for me?" Derek replies, "You know it baby." From there, heavy kissing ensues, shirts go flying and the shorts start dropping. These guys are both rock hard right out the gates and when Derek drops Sean's underwear, he just stays on his knees and starts sucking. After a while, Derek instructs Sean that he wants him to sit down on a step where he continues to practice his cock sucking skills. Heavy dirty talk follows as Sean tells Derek to, "Slobber on that dick." It's now time for Derek to see Sean's sexy tight ass. You can tell Derek is super in to Sean when he starts saying things like, "Let's see that sexy ass... Oh my gosh that ass is so perfect". It's not just Derek's mouth that is showing he's attracted to Sean... Dirty D's dick seems to be as well since his raging hard on just won't go down. Derek tongues Sean's ass for a while... jerking his cock as he goes. Then Derek asks Sean, "Are you ready to taste this ass baby?". Without hesitation, Sean says, "Hell ya!" and starts by sucking Derek's already rock hard dick.

Newbie Kendrix Carter Breaks Into The Industry With Help From A Friend!

Dustin Hazel has his way with that TIGHT ASSHOLE bubble butt Jacob Booker.