Bryce Beckett & Grayson Blackburn actually have a lot in common. They both love lifting weights, specifically power lifting. They literally geek out about lifting! Meat heads we tell ya. Having something in common with another person definitely does something though. For these two, it was the icing on a brotacular friendship, that ended with Grayson getting his ass dominated by big boy Bryce. Pretty sure Bryce asked Grayson how it felt getting fucked at one point and Grayson told him it hurt and Bryce smiled and even sped up... sick fuck behavior by Bryce no doubt but sometimes it just hurts so good and this time was just that for Grayson and he admitted it in the post-interview. As soon as the scene ends, these two butt buddies are off to the shower where they pick up right where they left off with their bodybuilder talk. "So, bro... like what ya gonna lift today?" 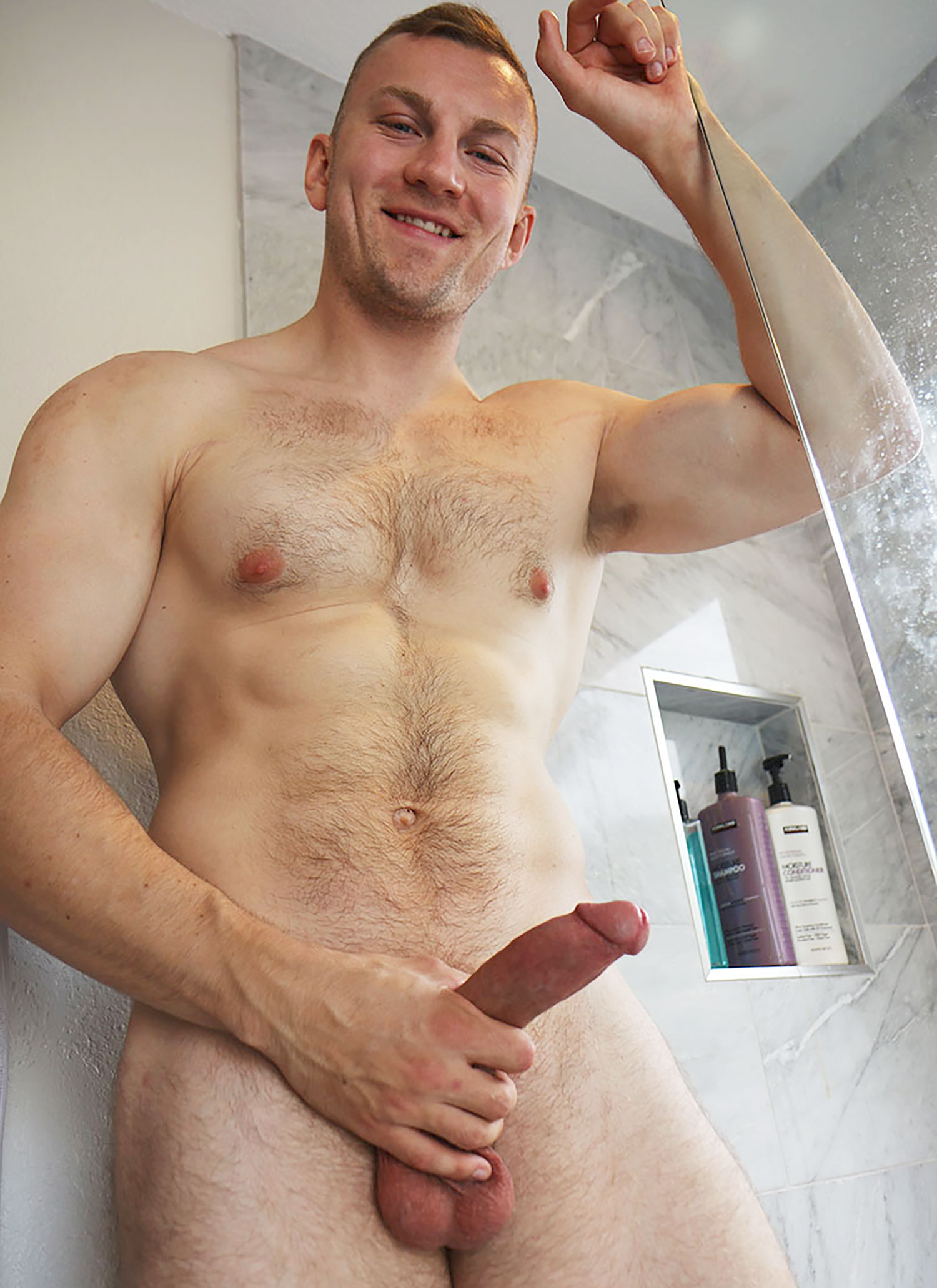 Bryce doing what he does best. Hot!